Review on The Cat's Meow

WARNING: This post and the links from it contain adult content. If you are under 18 years of age or if such content offends you, please EXIT now.
When I got the opportunity to read this book, I jumped at the chance. I’d read an excerpt of The Cat’s Meow before from a blitz that I had done a little while ago and I had really liked it and wanted more. So when I found out that I could get it I was like “PICK ME!”
Thank God I did.

The Cat’s Meow by Stacey Kennedy 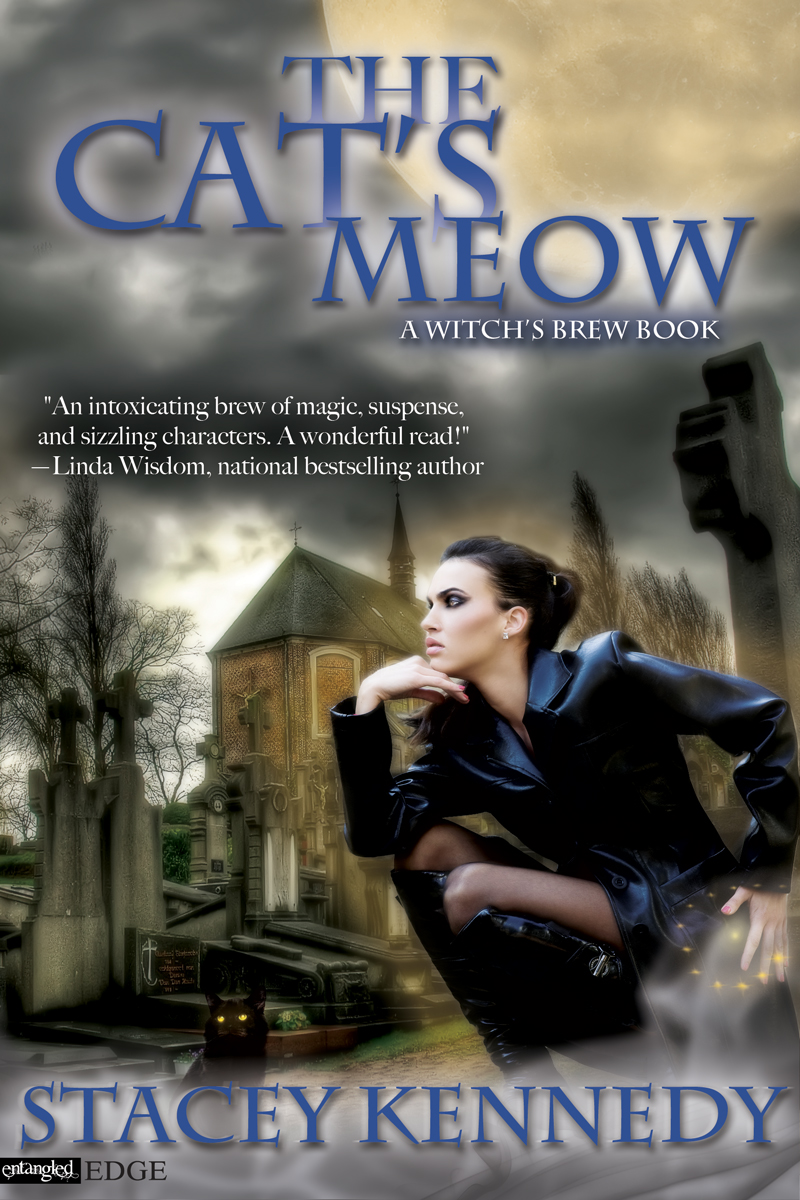 When a magical presence is detected around a recent string of feline slayings, Libby, an enchantress, is determined to discover who is behind the odd deaths. But being a witch gifted by the Goddess won’t protect her from the talented warlock the Coven sends to assist her. Kale weaves a spell more powerful than any she’s ever seen–and he’s sexy as sin. But why he’s even needed for such a simple mission is beyond her.

While having some muscle around can’t hurt her investigation, fighting her growing attraction for Kale is worse than a hex, especially considering she knows he—and their Coven—are hiding something from her. When she turns up clues that point to something far more sinister than slaughtered cats, though, the elusive warlock isn’t the her only concern. She now has a political rebellion on her hands, too. And when the truth about who she really is begins to surface, the only person Libby can trust is herself.

Series:Witch’s Brew, #1
Age: 18 years and up
Review: 5 butterflies
This book… Oh my God, this book. It took me on a rollercoaster ride of emotions. Everything Libby felt I was right there with her. Boy, was I.

Libby is an Enchantress who doesn’t trust warlocks (for some pretty solid reasons, I must say). So when a warlock gets assigned to her case, she is less than thrilled to have him there. Even if he is sexy as hell. She is strong and independent, and doesn’t take crap from anyone (which I admire). I really, really liked Libby and connected to her within the first few pages.

Kale is mysterious, and he doesn’t reveal ANYTHING, which frustrated me to no end. I feared that his reasons were less than honorable and I couldn’t for the life of me figure out why he couldn’t reveal what was going on, who he was, where he came from (Y’know, those pesky things). He has an alpha male personality and I really loved him.

But though there is a romance factor in this book, it doesn’t predominate. The mystery factor of “Who’s doing this?” kept me so wrapped up in the book. I honestly did not see most of what happened coming.

If you know me, you know that I can pretty much foresee what’s going to happen. That’s just how I roll. But this book kept me on my toes and had some pretty freaking amazing twists at the end that had me stopping and having a mini freak-out in my room while everyone was asleep. (It’s not fun having to be quiet when your world gets turned upside down.)

Stacey Kennedy spun an amazing tale that never let me on to what was really happening until it happened. The romance, the mystery, the action, and the heat between the main characters kept me flipping the pages frantically (and hyperventilating) so I could see what would happen next.

Though there is no cliffhanger, I cannot wait until the next book of this series. I’m serious. Can I have it? Now?

P.S. Also, if you want to read an excerpt and enter the giveaway, go here.


I was given a free copy of this book by the publisher in exchange for an honest review.