Welcome to the blog tour for Sink or Swim! This book was published July 21, 2013.

Sink or Swim by Jamie Canosa 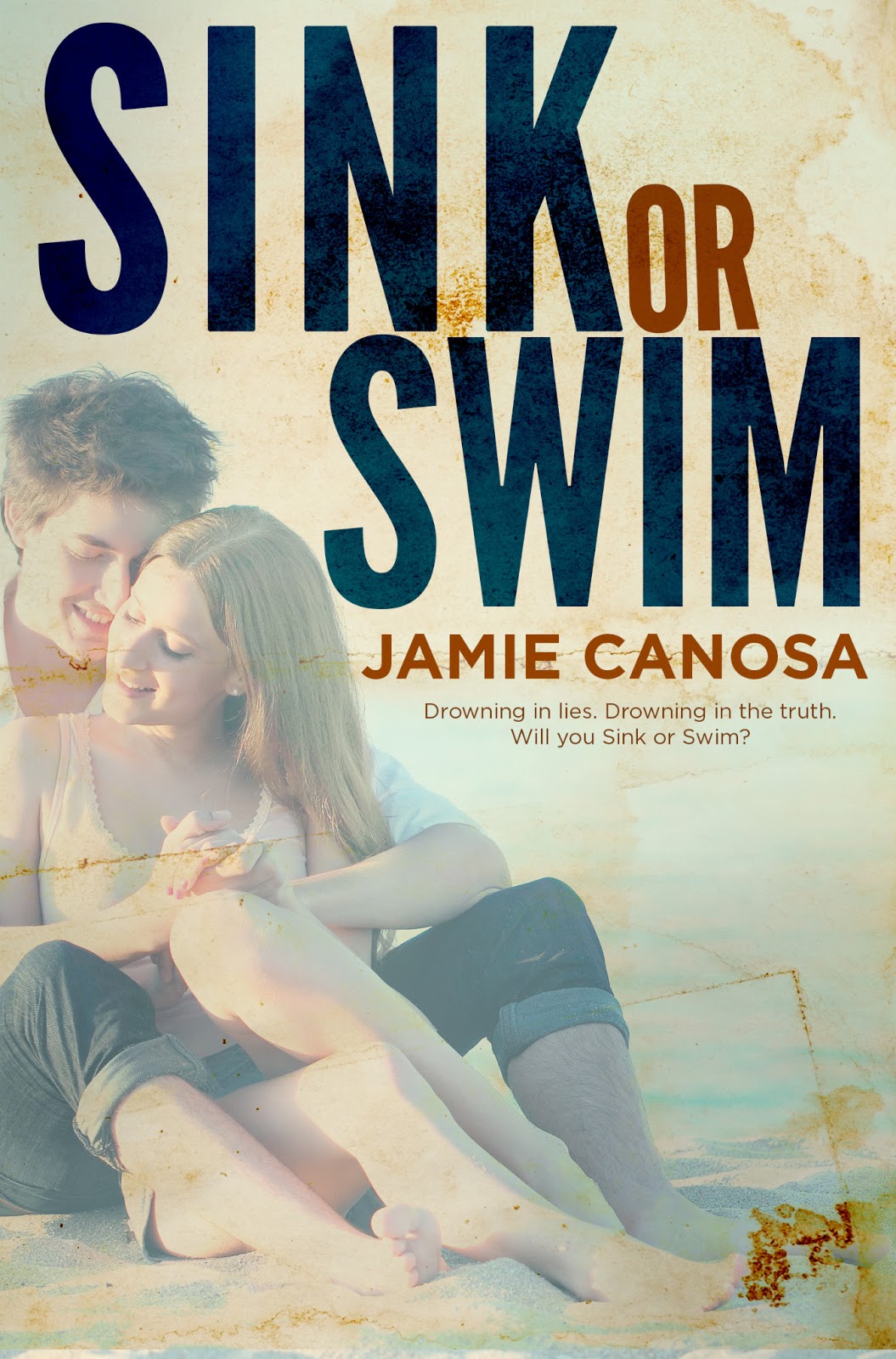 There are some things you just can't walk away from.

When sleeping in vacant warehouses and dark alleys becomes preferable to living at home, something is seriously wrong. But when word reaches Allie that her mother is facing a life threatening illness, she has no choice but to return to the place of nightmares. Leaving wasn't a choice, it was a necessity, and if returning hadn't been equally necessary, Allie never would have set foot back inside that hell-hole.

Dean is no stranger to hardship, but the day Allie walked out of his life, taking his heart right along with her, was hands-down the most frustrating. Six months later, she's back and Dean refuses to rest until he figures out exactly what the hell happened.

Now, Allie's drowning. Drowning in lies. Drowning in the truth. Drowning in pain, and anger, and fear. But there comes a time when every drowning person must decide whether they will . . . Sink or Swim?

Series: Fight or Flight, #1.5
Age: New Adult; 17 years and up
Review: 3 butterflies
We start off with Allie returning and Dean confronting her. Desperate to get away from him and his questions, she goes inside to the house… the horrible house of her nightmares. Allie is broken and now she outwardly shows it, since she’s been living off the streets for six months. She’s as skinny as a rail, but she’s worse off inside that house.

Dean, though, isn’t willing to let her off that easily. He watches out for Allie and tries to figure out why she left… and why she’s not opening up. Because Dean doesn’t know Allie’s secret.

I have to admit, it was hard for me to get into Allie’s headspace. I’ve never been in her situation, so I know that it’s a bit hard for me to understand exactly what Allie has been through. I felt that Allie was self-destructive—and it’s understandable, what with the way she was raised—but I often felt like telling her to buck up and tell Dean or go away. Especially after her mother died. I felt like telling her to leave and run away like she had before. To not suffer, to trust Dean. Again, I know that people in those situations generally think very little of themselves and feel like they deserve it, but it was just hard for me to really get Allie.

And Dean… I felt like telling him to help her! Not to listen to her excuses and just sit there staring at the dratted house. He tried so hard and I felt like rooting him on, but then when Allie chose to stay he just stared at the house and did nothing. Come on, Dean!

But the story… the story was really good. It was about rising up when you hit rock bottom and trusting in those who care about you. Allie was strong because of what she’d been through. And Dean was a true knight in shining armor. I enjoyed reading their story—though, as a fair warning, it gets pretty dark and depressing—and am happy with how it ended. To be honest, I couldn’t see it ending any other way than the way it did, so suffice to say it was a satisfying ending.

A free copy of this book was provided by the author in exchange for an honest review.


Other books by Jamie:

Jamie Canosa is a full time author of YA literature, which she absolutely loves. When she’s not writing or spending time with her family, she can usually be found with her nose in a book. She currently resides in Ravena, NY with her wonderful husband and three crazy kids . . . plus the dog, the bird and the rabbit.

The giveaway is sponsored and administered by the author.