Welcome to the cover reveal for Love, Lies, and Deception, a New Adult Romantic Suspense novel! This book was published August 15th, 2013 and the cover was designed by Steph’s Cover Design. 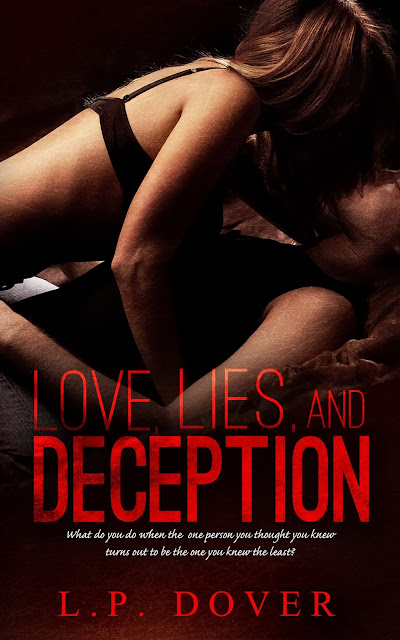 What do you do when the one person you thought you knew turns out to be the one you knew the least?

Twenty-three year old Marissa Chase, and soon to be college graduate, has everything going for her: wonderful friends, a lucrative degree, and a chance to explore the world. What made it even better – or so she thought – was when her path crossed with the alluring Alec Holden. Unable to stay away from him, Marissa experiences a love like no other, and falls into his world of passion and intrigue. However, things begin to shift when this path takes a deadly turn.

Her trust is put to the test when hidden dangers unfold before her, revealing secrets that have been buried for years. Secrets that were meant to stay hidden. Murder, lies, and betrayal … will Marissa figure it all out in time and escape with her life intact, or will she be too late and fall into the trap of deception?

L.P. Dover is the author of the Forever Fae series, as well as the Adult contemporary series called Second Chances, and her NA romantic suspense standalone called Love, Lies, and Deception. She lives in the beautiful state of North Carolina with her husband, her two wild girls, and her rambunctious kitten called Katrina.

Before she began her career in the literary world, L.P. Dover spent her years going to college and then graduated to cleaning teeth, which she loved doing. At least until the characters in her head called her away. She has never been the same since.
Website * Goodreads * Facebook * Twitter