Welcome to the Tick to the Tock blog tour! This book is a Contemporary New Adult book! It was published January 2014.


Tick to the Tock by Matthew Turner 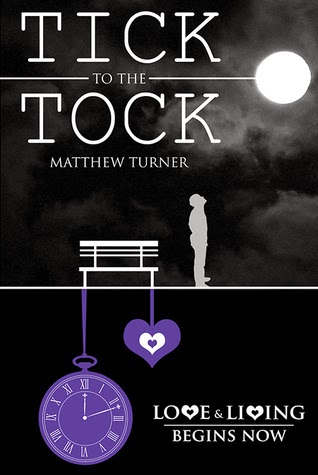 Dante King is a young twenty something who discovers he’s dying. He won’t live to see his next birthday and time is ticking away to live life before it’s taken from him. With the help of his eccentric and wild-free friend, Wilbur Day, and stubbornly rational cousin, Ethan Knight, the three friends embark on a trip that takes them across Europe, Asia, Australia and beyond.

Dante clings to his past though and the many regrets he has, yearning for acceptance and finally understanding faith. He’s only loved once, and when Daniella Adams comes back in to his life, the pair realise how in love they are – but must battle what they previously did to one another.

This is a heart pulling journey of amazing scenery and adventurous ways, but built on a life that is soon to end. It follows the love of Danii and Dante, finally realising how much they mean to each other but having it ripped away before their eyes. It’s about love and hardship between friends, family, and a dying son’s regret of not being better.

It’s a roller coaster ride of laughs and tears and making the most of life before it’s too late.

I’ve grown up under the assumption I’m a cultured and well-rounded individual, but as soon as I stepped foot in Tibet, I realised how ignorant I am—indeed, how most of us are. Living in a bubble is what I’ve known, being told one thing by the media and another by teachers.

Lhasa is unlike anywhere, and I hope no other tries to compete. This is the kind of place I need to visit on such a trip, but it isn’t what I expected, although to be honest, I’m not sure what I did. The ridiculously cold and fresh high-altitude air isn’t soothing like I hoped. It’s stained with questions I never thought to ask, but now they’re out, they’re difficult to ignore.

The journey from Oia to here was long, several days of planes and buses, although the entire period is somewhat blurry: dreamlike. Headaches mixed with jet lag and exhaustion. It’s hard to tell which moments were real and which were those of dreams. One I’m sure that’s real is a conversation with Wil, as Ethan disappeared to the small airport shop, and Danii slept a few inches from my thigh.

“Dante, m’lad,” he whispered, moving close to my ear and stuffing his right foot underneath his left leg. “May I ask you something... hmm, yes, something that may not be the right thing to ask.” His darting eyes refused to settle. “Of course, you don’t have to answer if you don’t wish.”

“It’s fine, Wil. Go ahead,” I said, and although I had no idea what his question was, I assumed he had many, most of which remained locked away deep inside at the insistence of Ethan, no doubt.

“Right, good, good lad. Well, it’s the headaches, you see. I know they’re bad, but how bad are they?”

“You hear me in the morning, don’t you?”

Playing with his fingers, he shuffled in his seat. “I do, sir. Regrettably so.”

“Yeah, I figured. Danii sleeps like a lion, but you barely sleep at all.”

“It’s the curse of a curious mind, my friend.” Removing his right leg from under his left, he sat on the ground and looked up to me, like a child listening to a grandparent read a story. “So, the pain? What’s it like?”

“It’s bad, and I sense it’ll get worse. I mean, it differs. Some mornings I wake up fine for a few seconds, as the pain sneaks up on me slowly... gradually. But then, other mornings, I awake to this spiking agony. Those are the worst. It’s jarring, you know? Like someone has woken me up with a knife to the chest.”

“Either way, it lingers for a while, getting worse and worse, and although the pills help keep it at bay, they only do so much.”

“It’s bad, mate,” I said, hesitant to share too much. “My forehead heats up and stings, like someone is holding a dozen matches an inch above it. The pulsing is slow at first, but then gets quicker and quicker, and soon I grit my teeth so hard my jaw aches and my teeth throb, and if I try to open my eyes, I can’t. And I sweat, and shake, and bunch whatever I can grab into my fists: the sheets, a pillow, my thigh...

“And time stops. All I can do is focus on my breathing, hoping I’m not screaming or panting, because I don’t want Danii to experience it. I know she does, to an extent, but I can’t put her through that pain every morning. I don’t want to put any of you through it.”

He looked at me, silent.

“And every single time it happens, it feels like it’ll never end. ‘This is it,’ I think. ‘I’m broken’. But the pills work their magic, or my body fights back, or the tumour decides to offer some mercy. Some days are worse than others, and some last longer, but eventually, my grip loosens, the shaking subsides, and my jaw unlocks and I open my eyes. It still hurts, but compared to that before it, it’s bliss. In a strange way, it helps me appreciate the day more.”

Nodding, he sighed. “You are a very brave man, Dante King.” And he stood up and walked away, hands in his green chino pockets, chin tight to his chest. 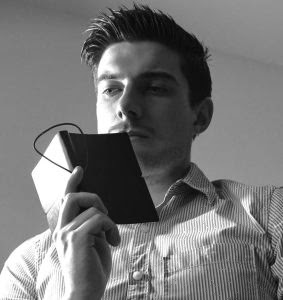 What would you do if you had three months to live? That’s what Dante King faces, the indecisive twenty-two-year-old who must finally learn to embrace life and love.

Tick to the Tock is a Contemporary New Adult Novel about Dante coming-of-age during turbulent times. A story inspired by love, but with the gritty realities of regret, missed opportunity, and understanding life’s meaning under dire circumstance. But a single mind isn’t affected on this journey, as an eclectic group comes to terms with the past, present, and what lies ahead.

Dante must confront and accept his fate, but can he let go of Danni: his lost love and kindred dreamer? With his rationally stubborn cousin, and eccentric best friend, Dante witnesses a life of dream and wonder: embarking across Europe, tackling Tibet, travelling Australia, and defeating each lifelong wish one-by-one.

Follow this coming-of-age roller coaster as four lives change forever. We’re only given one, but it’s never too late to understand faith, discover acceptance, and uncover the true meaning of love and happiness. Dante will die, but not before Danii, Ethan, Wilbur and he undertake an intense and heartfelt journey.

Smile… Cry… Ask yourself what you would do with three months left… Because Love & Living Begins Now.

By entering the giveaway, you are accepting my giveaway policy.
The author has set a huge giveaway for the book launch and wants to combine with the tour (has over 50 prizes incl several authors).
You can see the list of prizes here.
a Rafflecopter giveaway
Follow the rest of the tour here.

This blog tour was organized by Xpresso Book Tours. The giveaway is sponsored and administered by the author.