WARNING: This post and the links from it contain adult content. If you are under 18 years of age or if such content offends you, please EXIT now.

A little while ago, I reviewed Bad Vibrations and it left me wanting for more. Luckily, Sage had contacted me for a book tour of this trilogy, and I (obviously) said yes! Introducing the Sedona Trilogy, a paranormal romance trilogy. You can find the description of Bad Vibrations and my review on it here and the rest of the trilogy below. 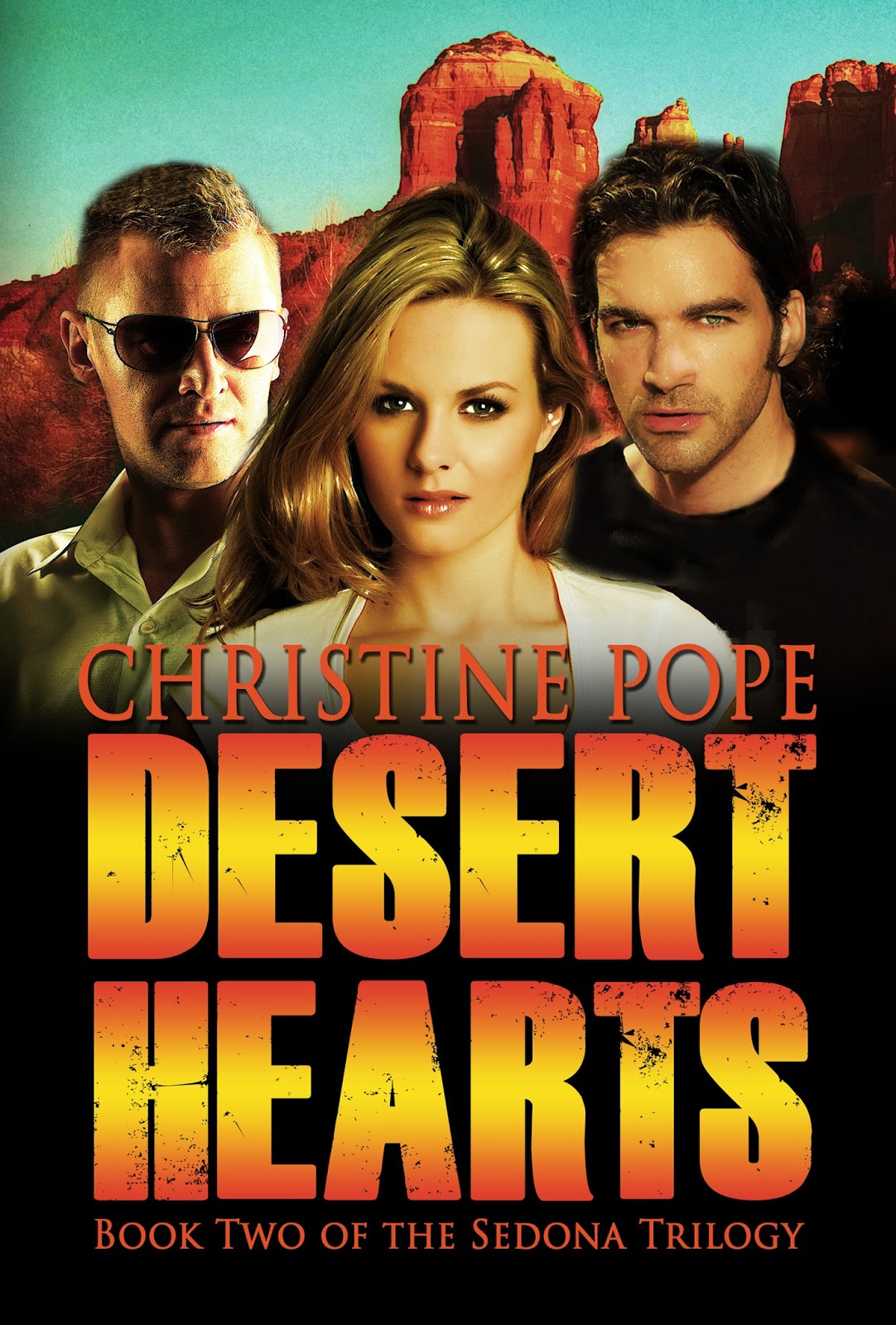 A stranger staggers out of the desert and collapses in Kara Swenson’s Sedona home. He pleads for help, and despite her better judgment, Kara takes him in, gives him shelter and a place to stay. She doesn’t anticipate the dangerous attraction she begins to feel for him — after all, she’s been secretly in love with Lance Rinehart for more years than she cares to admit. Kara, who owns a UFO-themed shop and gives UFO tours in the desert outside town, thinks she’s seen it all. But when the shocking truth of the stranger’s identity is revealed, she finds herself having to make a terrible choice.

Series: The Sedona Trilogy, #2
Age: 18 years and up
Review: 3.5 butterflies
Though this is the second book in the series, you really don’t need to read the first to understand what’s going on. However, I highly recommend you do because a lot of the background information and characters are presented in the first book so it might be a bit confusing at first, especially with the onslaught of so many characters at once.

It was really nice to get more information about Kara, Kiki, Lance, and the crew, because in Bad Vibrations we had focused mostly on Persephone and Paul, with very little background on the rest of the people who helped them. We got background information and it made the characters more real. Kara is the girl who always plays it safe, even getting the nickname of “Careful Kara” as she grew up. It was really easy to relate to Kara, especially because she was written so well and in a realistic way.

Grayson’s secret identity (secret even to himself) wasn’t such a secret for me, since I’d already begun to suspect from the moment he showed up dehydrated on Kara’s living room floor. The blurb pretty much spells it out as well, though I had thought it was going to take me in a different direction.

Though this is sort of a love triangle, it really didn’t feel like one. At first I really was wondering who Kara would end up with — Grayson or Lance — but after Kara found out about Grayson and a bunch of other things happened it was really easy to tell who she was going to end up with.

Like with Persephone and Paul in Bad Vibrations, the romance between Kara and Lance felt really abrupt. Though they had history, it didn’t feel like it from the writing. Yes, it felt like there was something there, but it didn’t feel like love, especially because Kara and Lance didn’t really talk much of anything. And when they did, the author cut that part right off. No serious discussion for us, just action and intrigue. I felt like I had been deprived of something necessary for these characters and their romance to become more real for me. It would have been nice to have been there for that discussion between Lance and Kara, but we don’t get to see their relationship form closer, I suppose.

Unlike Bad Vibrations, however, this story doesn’t wrap up so nicely. While the previous book can be read as a stand-alone and you can be satisfied with the ending and won’t need to read more, this book ends in somewhat of a cliffhanger. There are so many ends left to be tied and holes left to be filled that you really have to read the next book in order to feel like something’s been solved.

And there’s a huge plot twist there. Seriously. I was not expecting that one. And that plot twist is what is making me open the third book right away. I want to see what happens!

This book was shorter than the previous book—and I could feel it. I finished it way too quickly and I was felt wanting more. Though I understand the need to get people to read the third in this trilogy, it felt like there could have been more content in this story. Even so, this book was nice to read and it kept me well entertained—so much so that I read it in one sitting!

I recommend this book for people who like mystery/suspense, aliens, government conspiracies, and a somewhat instantaneous love. 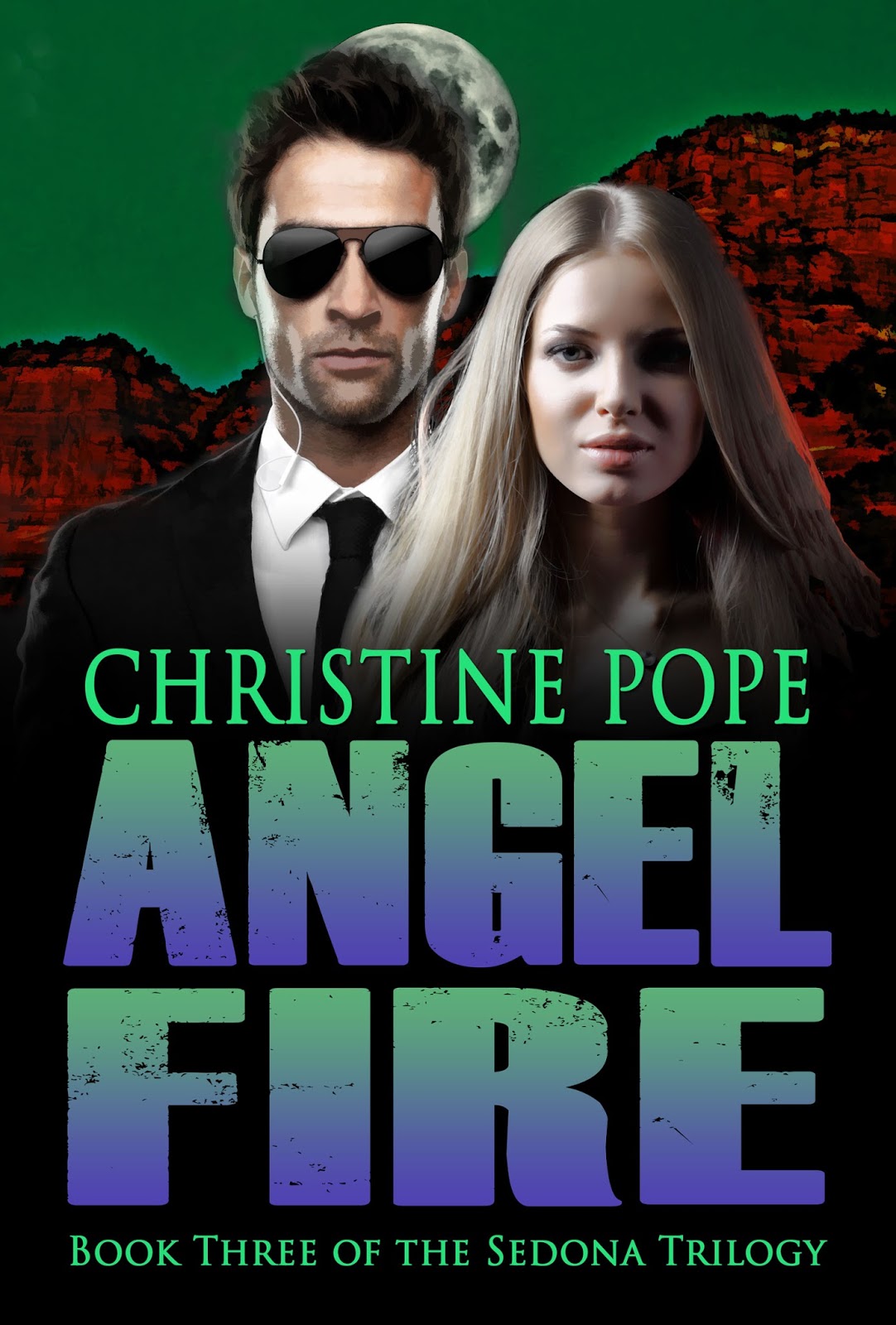 As winter closes in on Kirsten Swenson’s hometown of Sedona, Arizona, and the world moves toward the solstice, strange forces begin to converge on the quiet desert city, seeking to bring about the destruction of everything she knows and loves.

Desperate to save her friends and family, Kirsten accepts the assistance of Martin Jones, a mysterious Man in Black who turns out to be far more than he seems. He helps to awaken the powers that have lain dormant within her…and also compels her to expose the shocking secrets buried in her past. But Kirsten soon learns that giving her heart might not be enough, and that the confrontation with the alien forces may demand her to make the ultimate sacrifice.

Series: The Sedona Trilogy, #3
Age: 18 years and up
Review: 4 butterflies
Okay. This one… this one was more intense. Not only does Kirsten have some tough-ass things to get through, but this is the one story in this trilogy that doesn’t end all that happily.

Kirsten isn’t all what she thinks she is. There are secrets her mother has kept from her… secrets that will change her life. And then she meets Martin Jones, a real, live MIB who isn’t who everyone thinks he is. They’ve met before, but during this book they actually start talking and learning about each other.

Though this book mostly focuses on Kirsten and the things she learns about herself, Martin is a big part of that. He helps her with what she’s learning and—unfortunately for him, he gets too involved.

Like in all of the other books, this one has insta-love too. Kirsten supposedly has a hard time letting men past the wall she’s built to protect herself, but Martin makes it past there just fine. Though, there’s an interesting new element that explains this particular insta-love—and it was one that I really liked!

And Otto makes an appearance in this book. He was in Bad Vibrations, and I actually liked him there; thought of him as a type of guardian angel. But here, in this book? I hated him. So much. So, so much. He didn’t actually show up until more of the end, but the things he did made me want to call him a hypocrite. Otto crossed some lines in the first book, specifically one line that was much worse than what Martin did, in my opinion. How on earth (probably a bad choice of words there ;) ) can he just do what he did?! Arggg. I honestly felt like shaking him until he came to his senses.

Something that surprised me here in this one was that it didn’t end completely happily. Though in the second book someone close to the main characters dies, it didn’t hit me as much as what happened in this book. Here, not just one bad thing, but two bad things happen. I was shocked that things weren’t so easily resolved like they were in the previous novels. You would think I would be happier about that, but I was actually a little pissed. The repercussions of this one didn’t seem fair at all, especially because there were no repercussions on Otto in the first book.

Sigh. This book actually got me more invested in the characters, so bravo for that. Though with the previous books I had enjoyed the stories, I had not really invested in the characters too much. But with this one, I felt angry at the end because though there was a happy ending, it wasn’t completely happy. It was stained by the two things that happened. (It is so hard being vague here, guys! Trust me.)

All in all, I really liked this book. The second book didn’t have as much action as the first one did, but this one does. I felt like this one was more like the first one and I was able to glimpse the similarities between them. However, all three books have the sort-of instantaneous love thing going on.

This book was a nice conclusion to the trilogy, but it did leave me wondering if perhaps we will get a spin-off series. I’m not quite ready to say goodbye to these characters just yet! 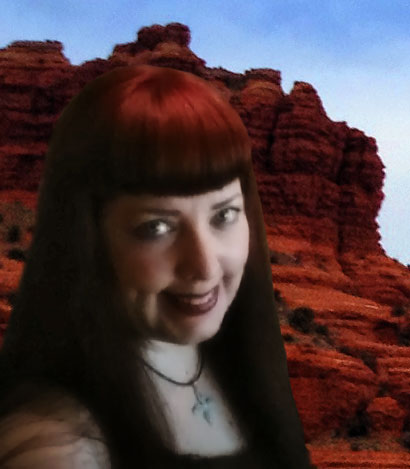 A native of Southern California, Christine Pope has been writing stories ever since she commandeered her family’s Smith-Corona typewriter back in the sixth grade. Her short fiction has appeared in Astonishing Adventures, Luna Station Quarterly, and the journal of dark fiction, Dark Valentine. Two of her short stories have been nominated for the Pushcart Prize.

Her first published novel was Fringe Benefits, a contemporary romance released by Pink Petal Books in April 2010. Next up was a paranormal novella, Playing With Fire, which was published in August 2010. In December 2010, Sympathy for the Devil, a paranormal romance novel, was released.

In 2011, Ms. Pope decided to strike out on her own as a self-published author, giving herself more freedom to explore a variety of genres. Her first self-published work, Breath of Life (June 2011), is a novella that takes the classic Beauty and the Beast story and sets it in a far-future Gaian (Earth) colony where the "beauty" is a colonist's daughter and the "beast" her family's alien neighbor. That book was quickly followed by Bad Vibrations (July 2011), a fast-paced but lighthearted paranormal romantic suspense novel with alien conspiracies, government cover-ups, and a hunky ufologist hero.

Christine Pope writes as the mood takes her, and her work encompasses paranormal romance, fantasy, horror, science fiction, and historical romance. She blames this on being easily distracted by bright, shiny objects, which could also account for the size of her shoe collection. After spending many years in the magazine publishing industry, she now works as a freelance editor and graphic designer in addition to writing fiction. She fell in love with Sedona, Arizona, while researching the Sedona Trilogy and now makes her home there, surrounded by the red rocks. No alien sightings, though…not yet, anyway!

This book tour was organized by Sage's Blog Tours. The giveaway is sponsored and administered by the author.